Balinese Hinduism is a feast for the senses. The Balinese are very spiritual people and celebrate their religion with towers of offerings, dance, music and colourful clothing. Watching or even taking part in a Balinese Hindu ceremony is one of the most unforgettable things you can do in Bali. 5 of the most breathtaking are explained in our latest post, but ask the staff at Lotus Bungalows Candidasa or Gangga Divers to see if there are any ceremonies you could see during your stay.

1. Mekare-kare or the Pandan War 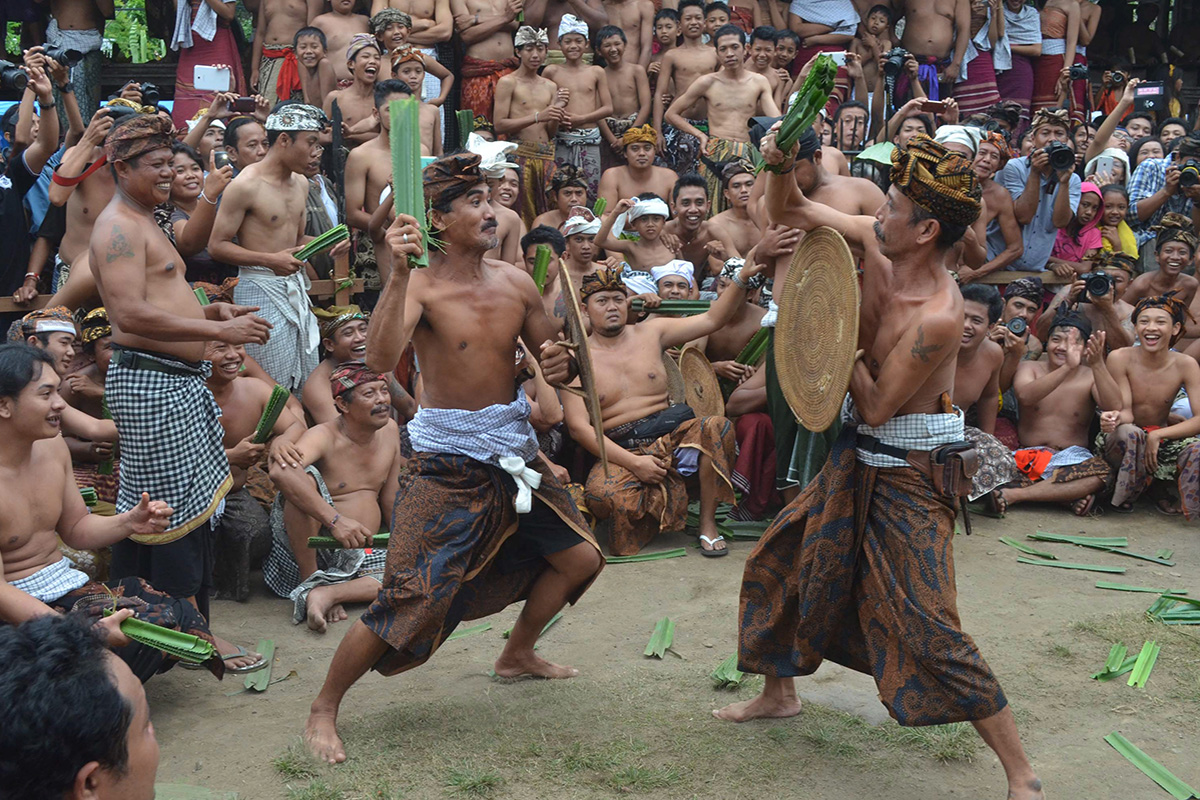 The men of the village take part in the ‘war’ by fighting each other with bunched of thorny pandanus plant. They have a shield but certainly get scratched by the thorns on the spiky fronds. The young boys take it easy, but often with older pairings, it can be very rough. 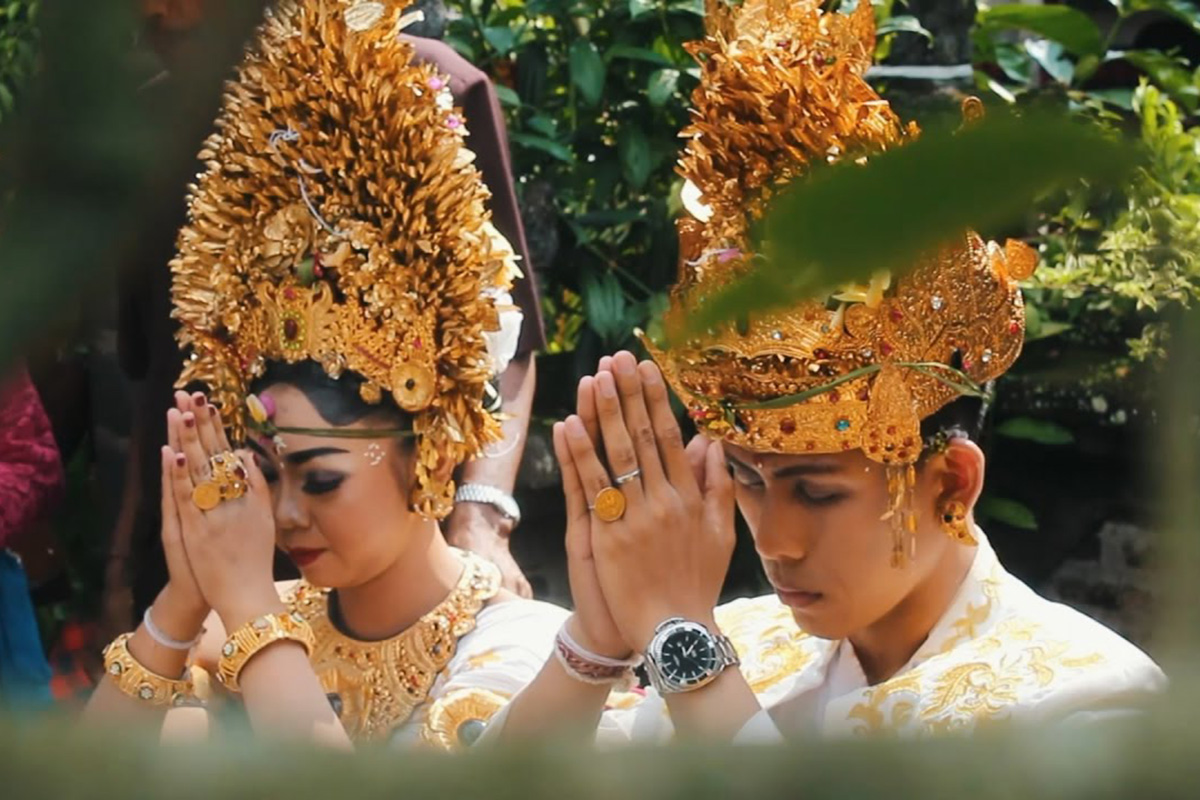 Marriage ceremonies in Bali are colourful social events. Weddings can take a month or more to prepare for because of the amount of offerings, food and decoration needed. They often last many days and family and friends from all over the island are invited to eat, drink and watch.

It’s very common for Balinese people to invite foreigners to come and witness a wedding ceremony in their family compound. Your driver or hotel staff might ask you to come along to one of these happy occasions. You’ll need to dress in the traditional sarong and sash with a long sleeved shirt or blouse if you don’t have the traditional kabaya. 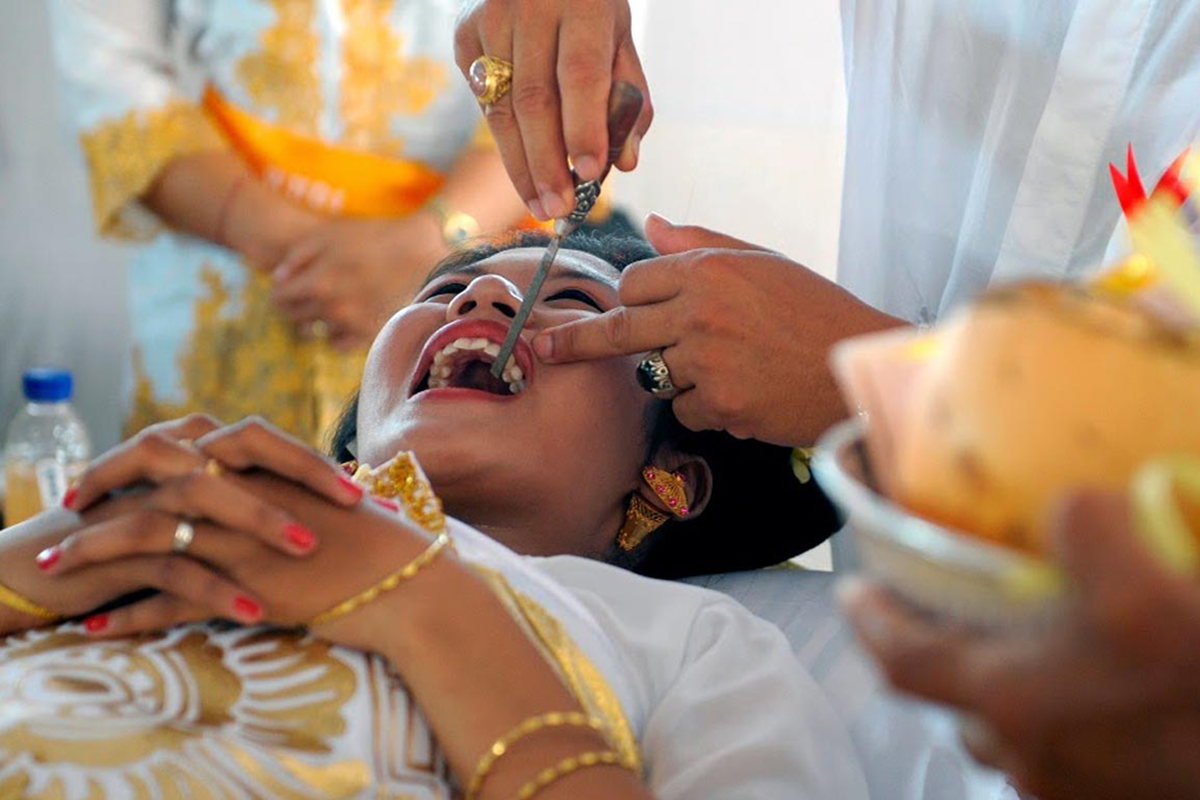 Every Balinese Hindu must undergo a number of rituals during their lifetime, starting with ceremonies at birth and 42 days of age, all the way through to the cremation ceremony. Metatah or tooth filing, is an important ceremony to try to remove bad human characteristics like greed, lust, anger, jealousy and intoxication.

This ceremony is meant to be done when a boy or girl reaches puberty, but is often performed at marriage ceremonies to save the cost of a separate ceremony. There are even mass tooth filings, usually organized by the local government to enable lower income families to complete all their necessary ceremonies. 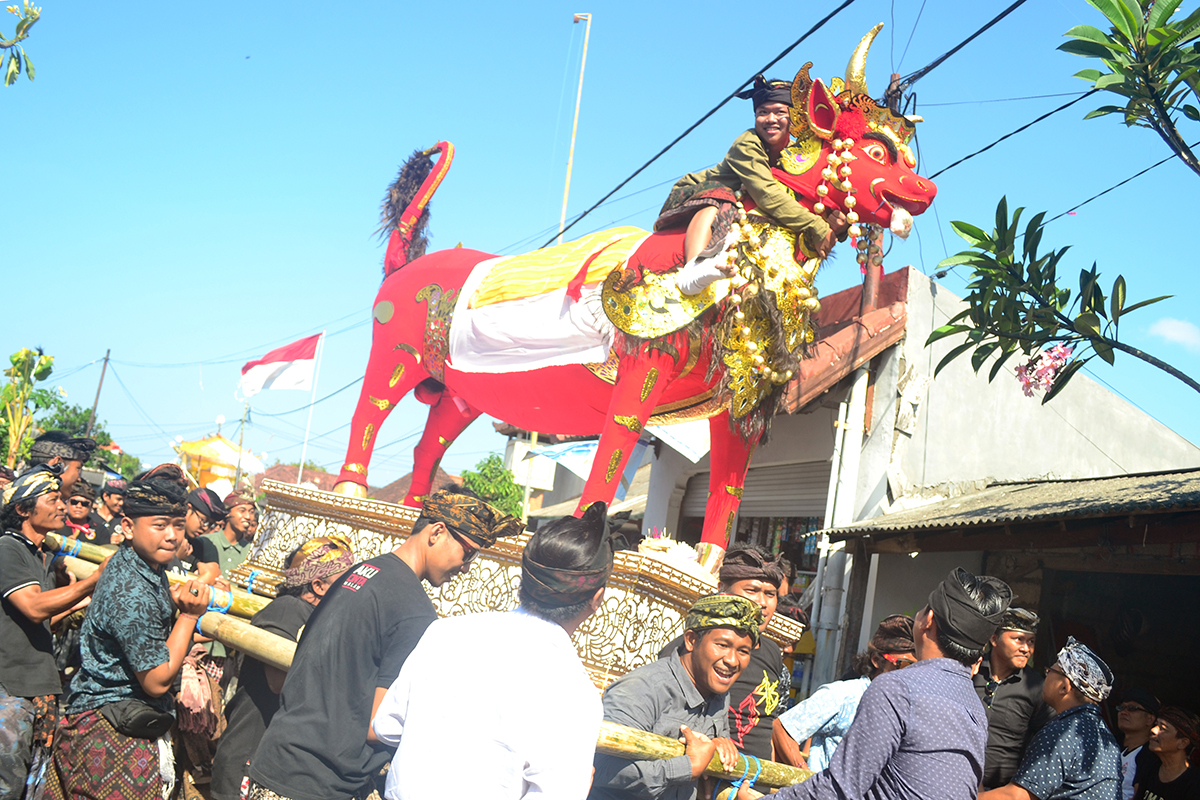 Ngaben or cremation is the most important ceremony a Balinese Hindu will do. Unlike western funerals, a cremation ceremony is a time of happiness when a loved one is prepared for their next life.

Ngaben begins with a procession to the cemetery, which is often more like a sprint through the village. The men carrying the deceased in a coffin shaped like a bull, run and spin to confuse any evil spirits. The body is then burnt in the bull and then the ashes are collected for the next ceremony that delivers them to the sea. 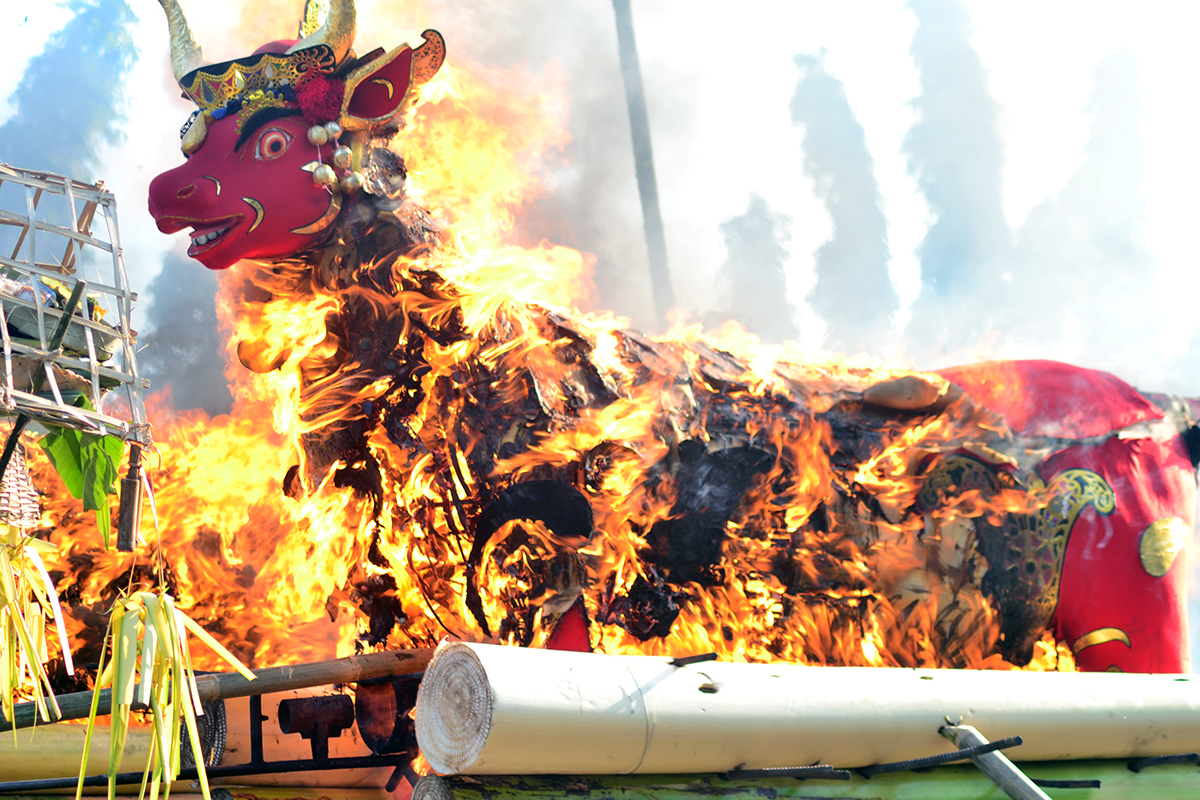 Many villages bury their dead and have a mass cremation every 5 years. This is an incredible spectacle, which you should definitely attend if you’re in Bali. Ask around to find out if there is a cremation you can see while you’re on the island. 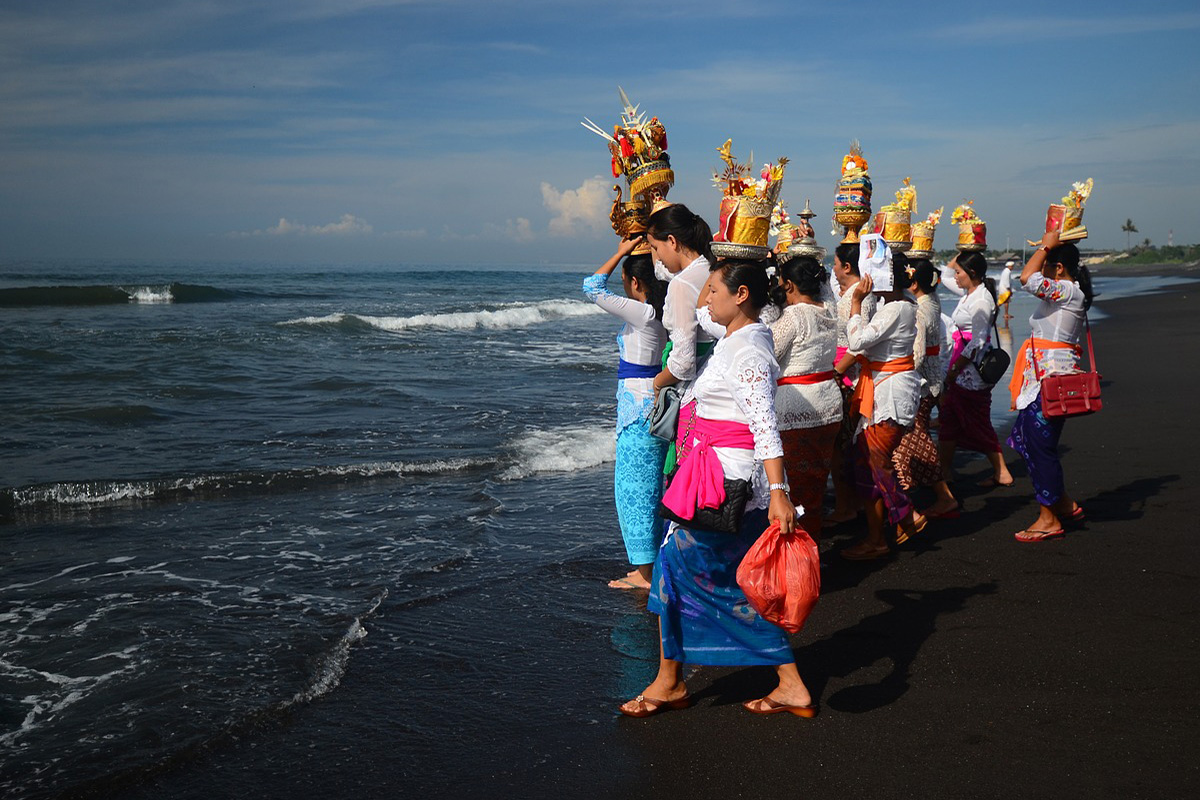 To prepare for the Balinese New Year, which usually falls at the end of February or early March, Balinese Hindus perform a Melasti ceremony. Melasti consists of processions to the sea on foot or by convoy of cars, busses or motorbikes depending on the village’s distance from the sea. The villagers will deliver offerings and do cleansing rituals to purify themselves and the village before the New Year.

These processions can block up the road but they are quite a spectacle. They are often accompanied by loud music from a gamelan group, who are often playing as they ride in the back of a truck. The morning Melasti ceremonies are the most beautiful with the sun rising over the beach while whole villages pray on the sand.

After the Balinese perform Melasti, they are cleansed for Nyepi, the Balinese New Year. Nyepi is not really a ceremony, but the lack of – it is a day of silence. This day marks the start of a new year on the Saka calendar. 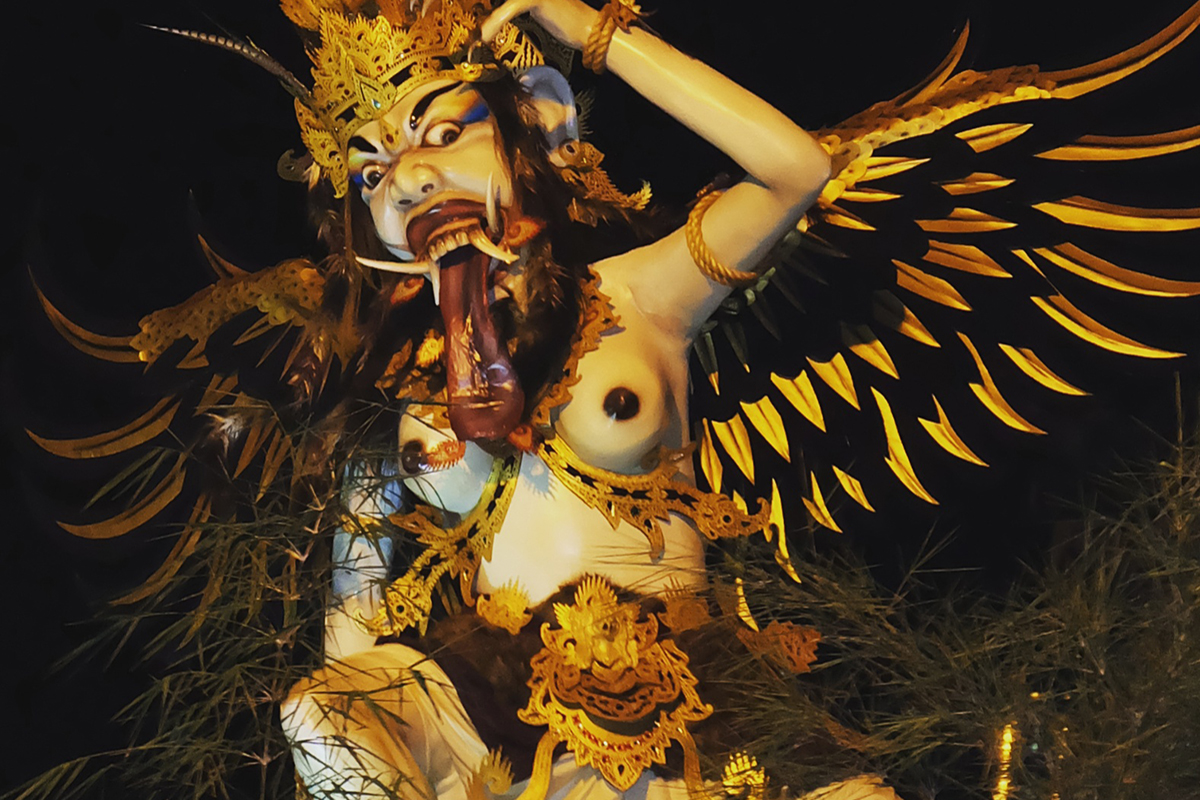 Nyepi is celebrated through prayers and contemplation, and everyone including tourists is expected to stay inside for 24 hours. Even the airport shuts on Nyepi day. According to local belief, the silence is meant to confuse the evil spirits thinking the island is deserted prompting them to leave and stay away for the whole year. Nyepi is a time to be quiet, enjoy the beauty of the silence and the incredible Bali skies without any ambient lighting.

Which Balinese ceremony would you most like to see? We’d love to know what about that particular ceremony appeals to you, so leave us a comment!