On Saturday, February 15th Lotus Bungalows staff members headed out from the hotel to join an effort to clean up Bali. This was part of the One Island, One Voice movement, which includes the initiative Bye Bye Plastic Bags. For the 4th year in a row this annual clean up was a huge success collecting 20,000 kilograms of trash island-wide. 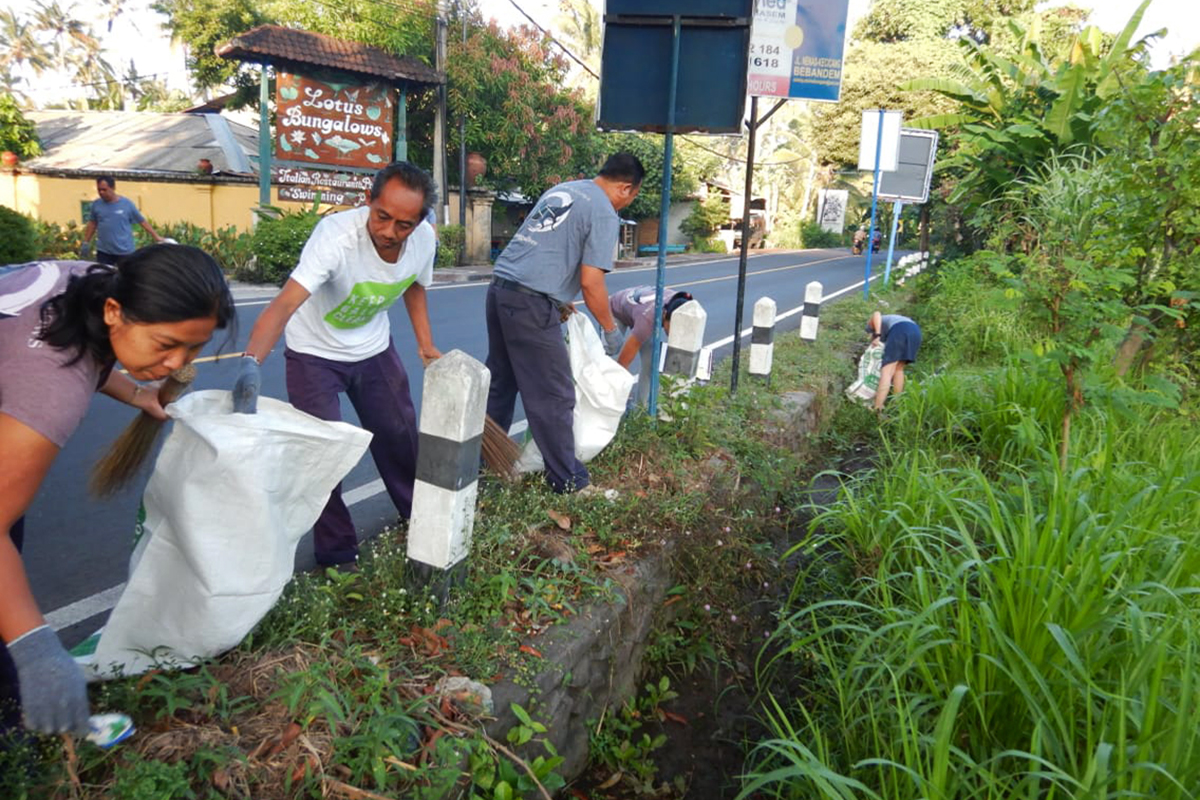 On February 15th the staff of Lotus Bungalows worked their way from the hotel down to the beach. Along this route they picked up an incredible 12 sacks of rubbish including hundreds of straws, plastic bags, and plastic packaging. Another huge source of rubbish is smokers, with 521 cigarette butts being collected along the way.
It’s not a pretty business, but the staff are so happy they can stop at least some of this trash ending up in the beautiful marine habitats around Candidasa. 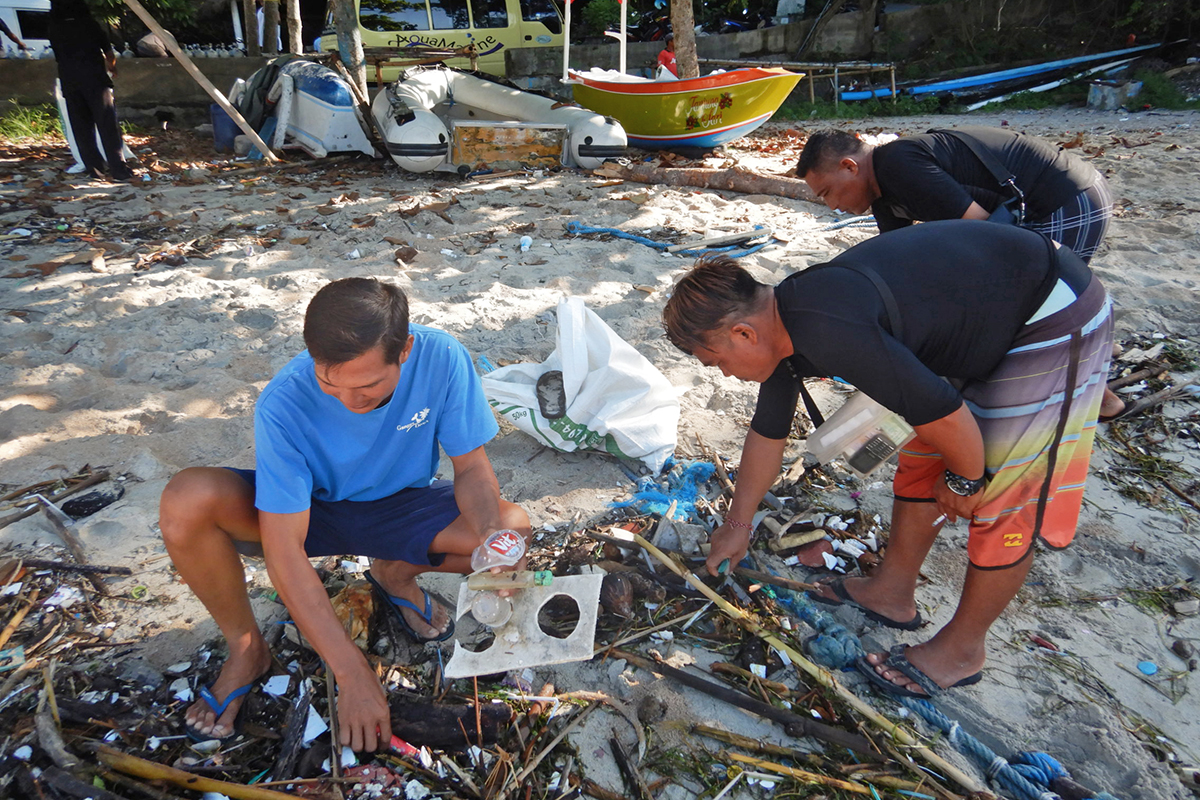 One Island, One Voice

This is an incredible movement, started by two teenage sisters, has become an island-wide phenomenon. 45,000 people in 325 locations have prevented 135 tons of plastic from entering the ocean over the years it has been running. This is no mean feat considering how many people on the island are still unaware of the consequences of throwing rubbish in the rivers and sea. 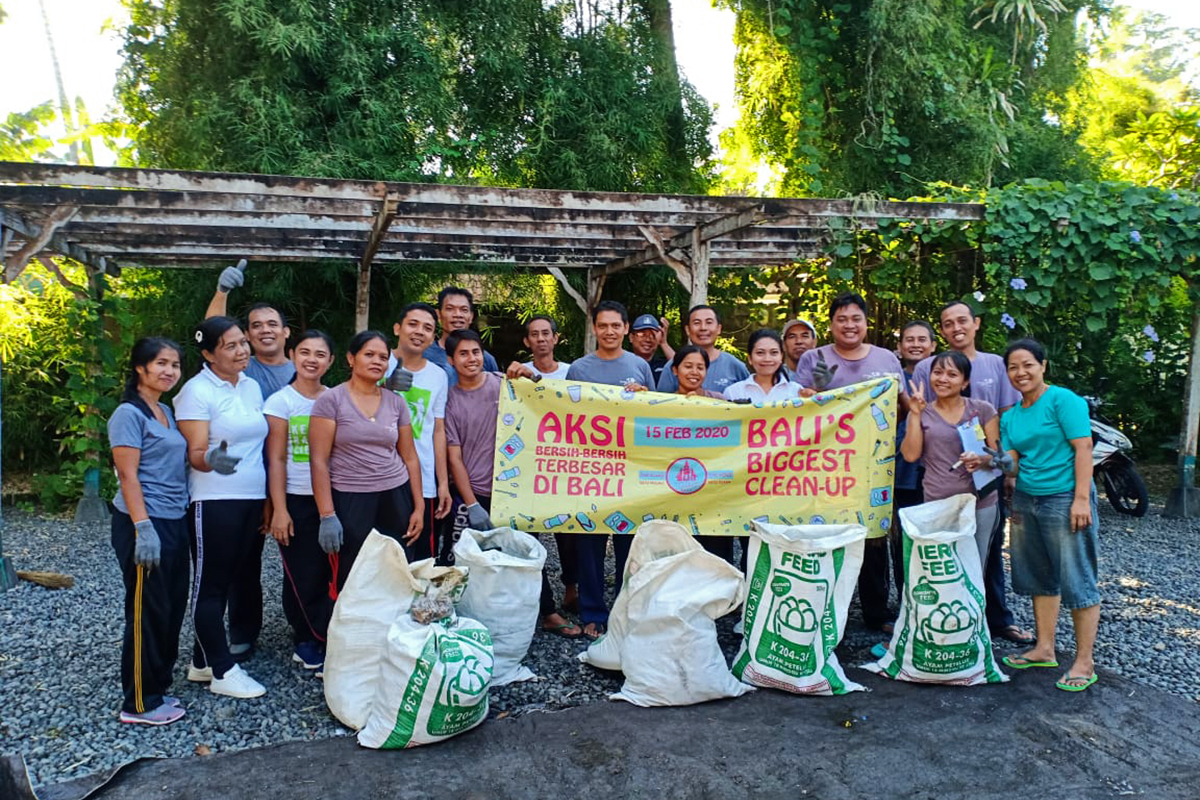 The sister organization Bye Bye Plastic Bags worked tirelessly to get plastic bags banned in Bali. This finally came to fruition in 2019, which was a huge deal for such a plastic reliant island. Supermarkets, minimarts, boutiques, and department stores are no longer allowed to use plastic bags at all. There is still a way to go with smaller warungs and local markets, but things are definitely changing.

Clean up efforts in Candidasa 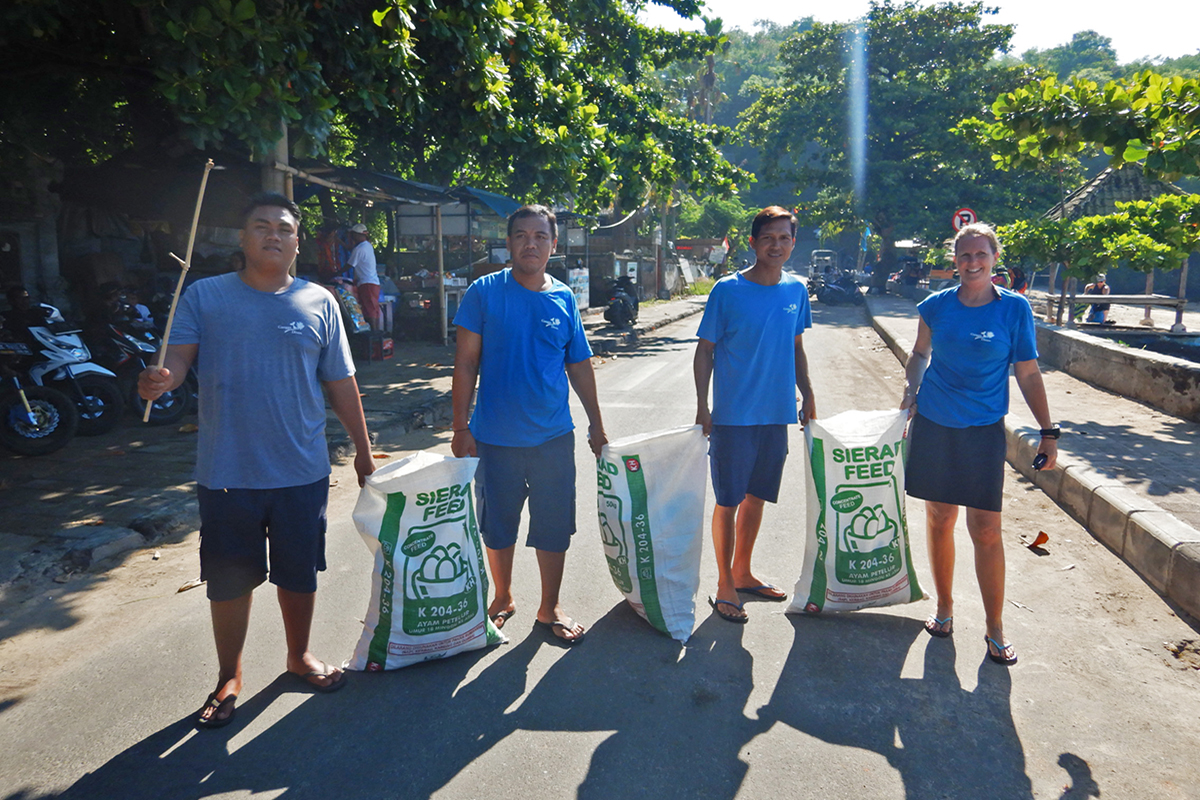 Candidasa is a relatively small coastal community in East Bali that relies mainly on tourism for income. Although it is nothing like the tourist meccas of Kuta, Nusa Dua, and Canggu, there are a number of hotels, restaurants and dive centres that cater mostly to a more mature and low-key crowd. This doesn’t mean the area doesn’t have its issues with garbage disposal.

The rainy season from November to February can bring an influx of rubbish in the waters around the island. It is hotly debated whether this is from the neighboring islands or is carried down the rivers in Bali to the sea. It’s most probably a mix of both. Wherever it comes from, it needs to be dealt with and this clean up is just one of the ways to stop rubbish from getting into the sea and washed up rubbish from going back there. 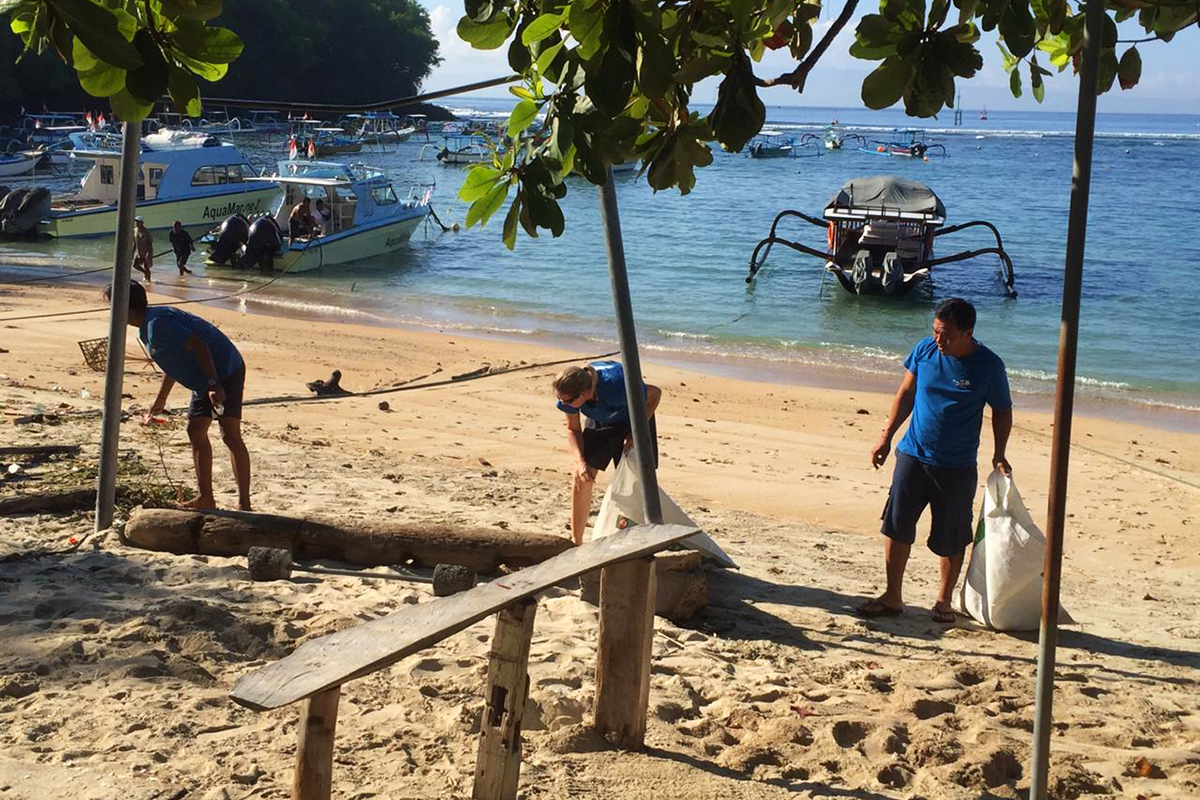 Of course it’s not only this single day that is so important to Candidasa. Lotus Bungalows management does everything possible to reduce waste and lower the carbon footprint of the hotel. This includes reducing the amount of plastic bottles used, growing produce in the hotel gardens, and asking guests to reduce laundry and electricity usage.

Would you join in a clean up during your stay at a hotel? We’d love to hear from you in the comments below about what you might do to help out.