How do you feel about trying out the cuisine of a new place when you visit? Maybe more to the point for Bali, how do you feel about spicy food? Indonesia has some incredible dishes, and just like the culture and languages, they are often unique to each island. If you love food adventures, Bali is a great place to tickle your tastebuds. 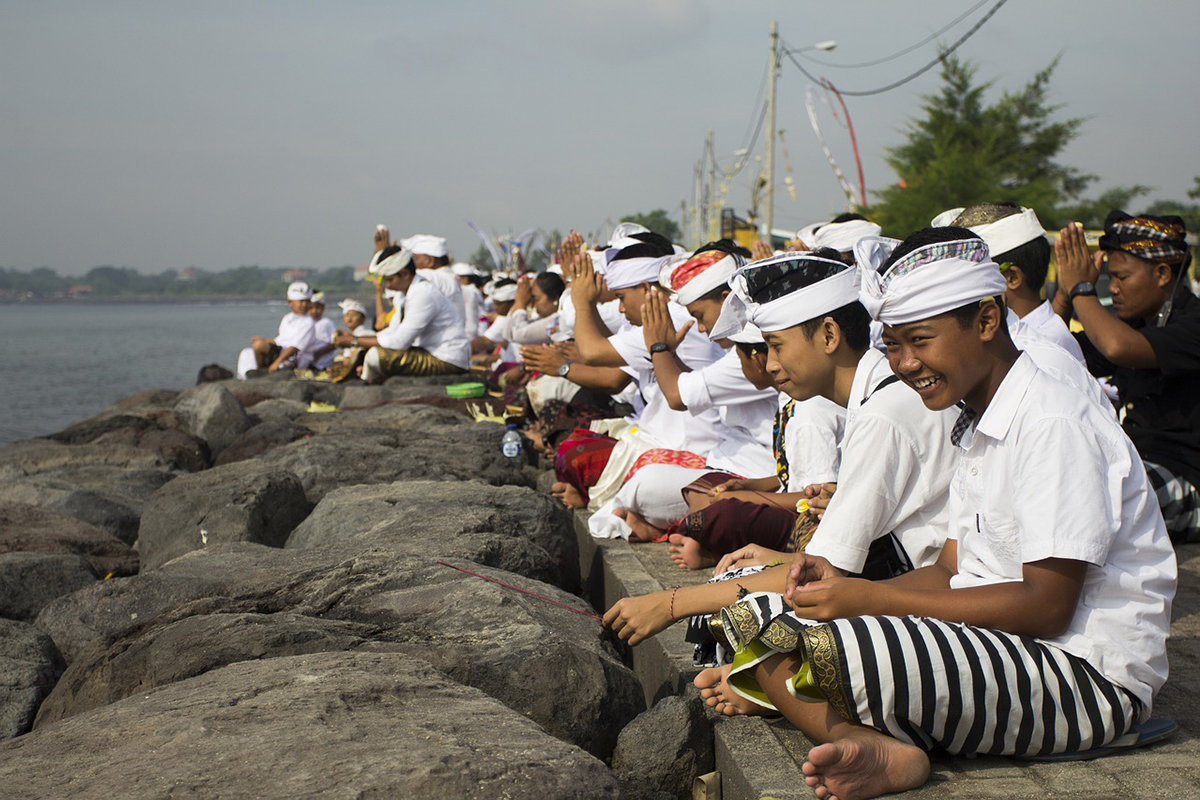 Balinese people and the people of Indonesia in general, love a bit of spice in their food. However, the dishes you’ll find in Bali are often very different to those in the rest of the archipelago. One of the main reasons for this is religion.

On the island of Bali, around 85% of the population is Hindu. This means they don’t eat beef but are happy to eat pork. Some of the most famous Balinese dishes are Babi Guling and lawar – both made from pork. However, 87% of Indonesia’s total population of 267 million is Muslim, which means pork is haram or forbidden. 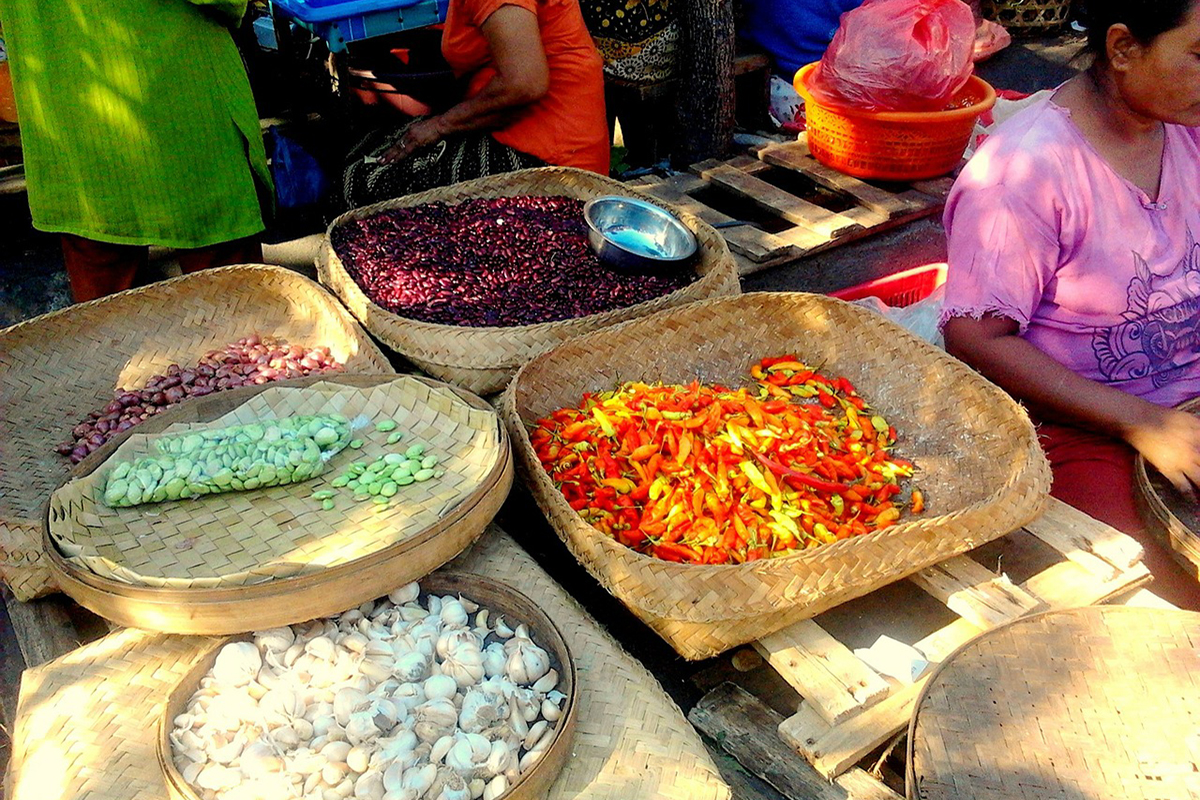 For hundreds of years the Indonesia Archipelago was colonized by European countries like The Netherlands, England, and Portugal, because of its richness in spices. Spices like nutmeg, cinnamon, clove, galangal, black pepper, garlic, are used in many traditional dishes.

In Bali, turmeric, ginger, garlic, black pepper, lemongrass, candlenut, and chilies are some of the main flavors used. In fact, there is a spice paste used in most households called Basa Gede that includes all of these and a number of others. 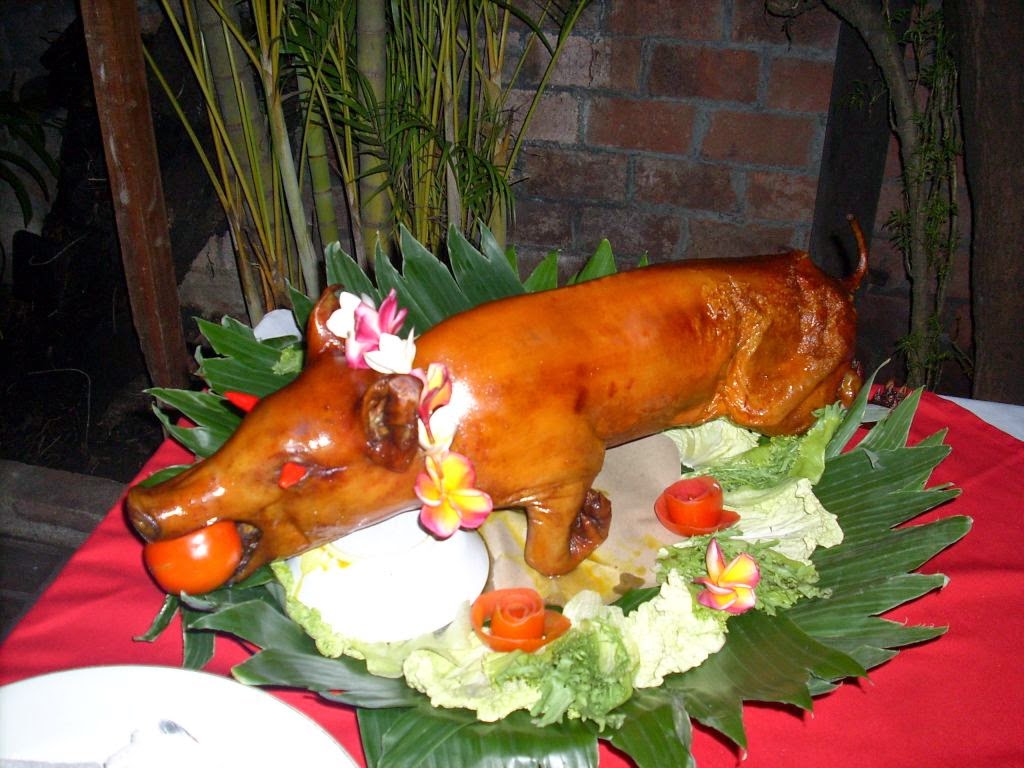 1. Babi Guling – Babi Guling is spit-roasted pig that has been coated in spice paste and stuffed with vegetables and spices. It’s usually served with rice, the crunchy skin and a serving of the vegetables that cooked inside the pig. Babi Guling is served both in warungs, and also on many ceremony days for Balinese Hindus.

2. Lawar – This is a dish that is actually served in a couple of different ways. There is white lawar, red lawar. Both contain green beans, kaffir lime leaves, coconut milk, palm sugar, fresh grated coconut, and fried shallots. However, White is often more palatable to foreigners as it contains cooked pork (or another meat) rather than the blood that gives red lawar its name. Lawar is made during ceremonies but is also available at local warungs. 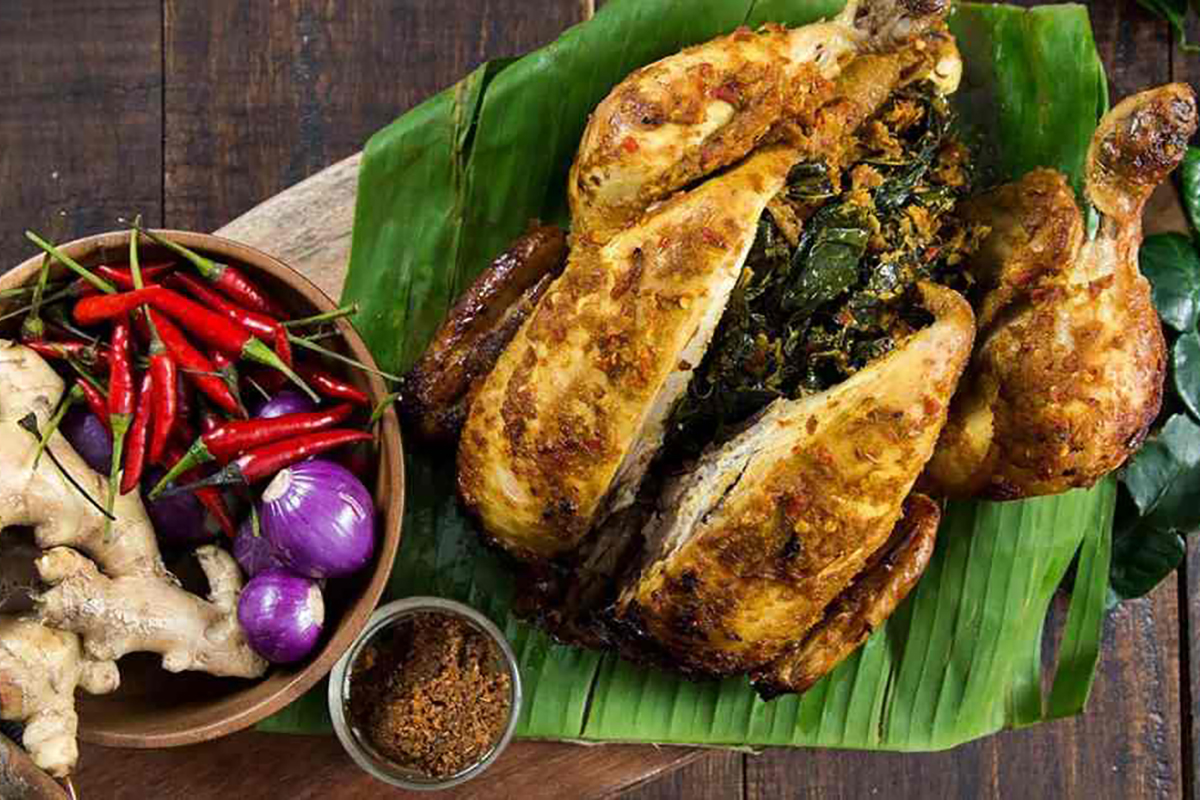 Betutu is an incredibly flavorful duck or chicken dish. The bird is rubbed with spices and stuffed with cassava leaves and then wrapped in betel husks or banana leaves to be slow cooked. When it’s cooked the meat falls right of the bone and is tender and full of flavor. 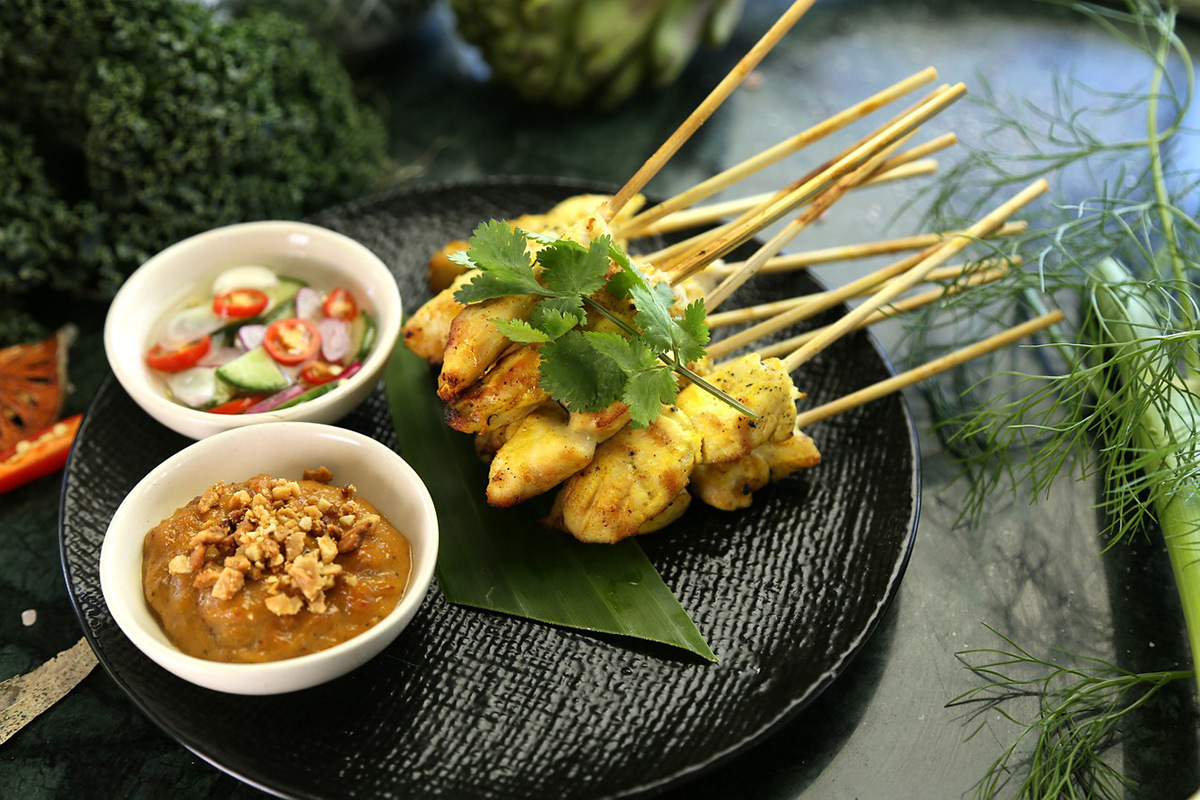 A favorite dish of visitors to Bali is Satay Lilit. Satay is served all over Indonesia, but this version is made from meat or fish mixed with spices and coconut milk. It is then shaped around a stick and grilled over coals or coconut husks. One of the best places in Bali to get satay lilit is the strip of fish restaurants close to Goa Lawah batcave temple. This is on the way to Candidasa, so don’t forget to stop!

Is your mouth watering yet? Balinese dishes are very unique and the mix of flavors and spices can be a bit intense for some. If you like your food less spicy ask for it ‘tidak pedas’. Otherwise, get yourself a nice cold Bintang beer to cool yourself off and dig in!