It is the ambition of many divers to dive with the giant oceanic sunfish or mola-mola. Luckily, Gangga Divers at Lotus Bungalows Candidasa is perfectly located to know exactly the time and places to dive in the mola-mola season. In the 1000-metre deep channel between Candidasa and Nusa Penida these incredible fish pass by during the months of June-November. So, what makes these fish so special? Here are 10 fascinating facts about mola-mola that will make you want to dive with them even more!

1. Why the strange name? 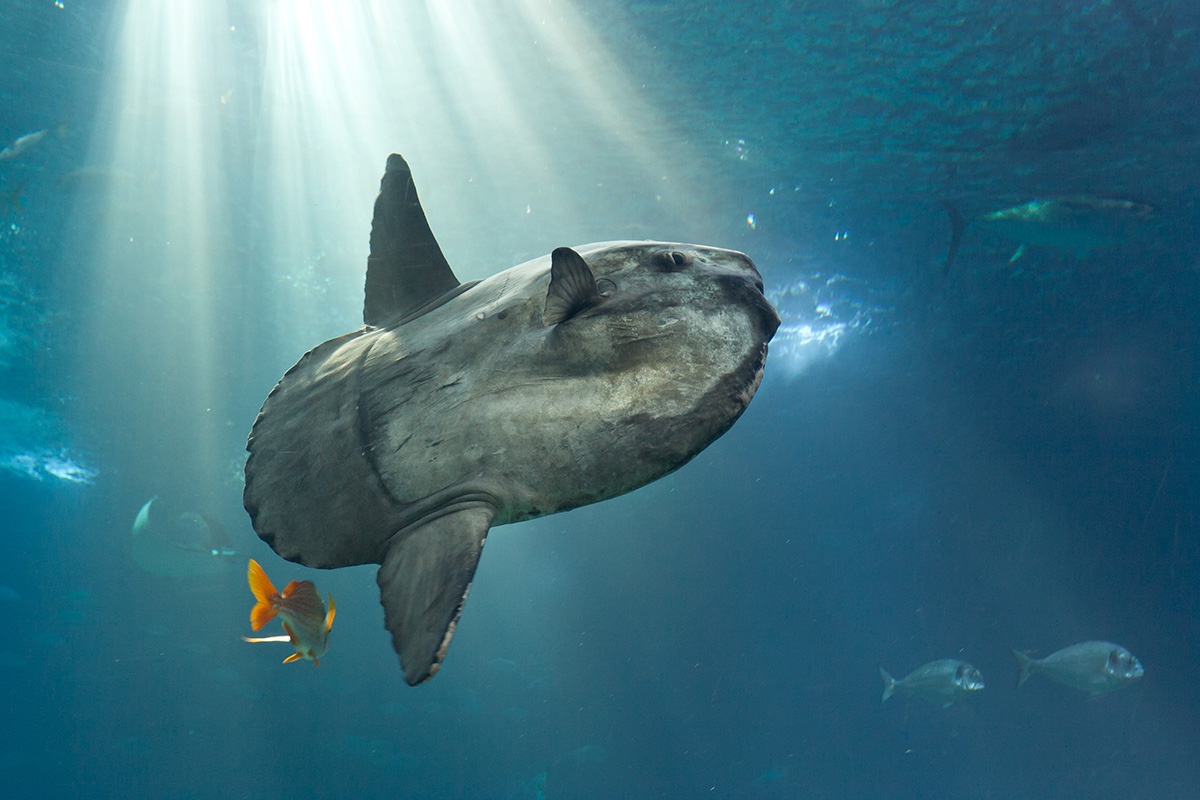 Mola-mola is actually the scientific name for the oceanic sunfish. The name comes from the latin for mill – ‘mola’ due to its resemblance to millstones used to grind grain. It’s English name oceanic sunfish is reflective of its habit of sunbathing on the surface of the water. In Spanish and French it is called Pez luna and Poisson lune respectively. This comes from a legend that fishermen would see these fish swimming near the surface of the water at night and mistake them for the reflection of the moon.

Mola-mola are part of the Molidae family. Their closest relatives are the box fish, triggerfish, and pufferfish. This may be hard to tell from a distance with their difference in size and shape, but look in their mouths and you’ll find the similarities. All have small mouths with a bird-like beak and 3 teeth – 2 in their mouths and 1 in their throats. 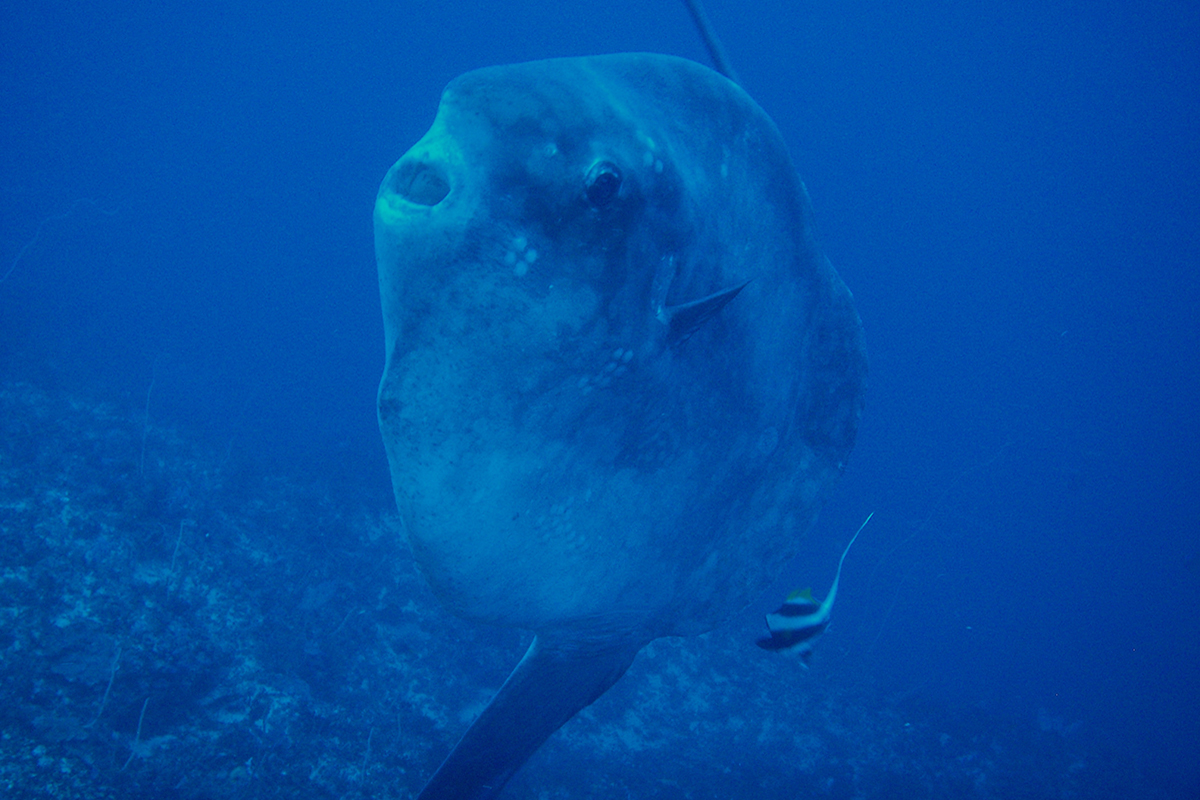 Mola-mola have very strong jaws but don’t chew their food. They mainly eat jellyfish, which they suck in and out of their mouth until it’s small enough to be digestable. It may seem like a very strange way to eat your food, but it works for them!

One of the most incredible things about mola-mola is that a female can lay over 300 million eggs at a time. This is because they are solitary fish and can find it very difficult to find a mate. Because of the low chances of ever finding a mate, when they do, they lay more eggs than any other vertebrate in the world to make the most of their mating.

5. They have tiny babies

You would have thought oceanic sunfish babies would be sizeable, but in fact they are minute. Newly hatched sunfish larvae are only around 2.5mm long and weigh less than a gram. They harbor the potential to grow more than 60 million times their birth size! In fact they can gain just under a kilogram a day to reach their full size.

6. They love to sunbathe 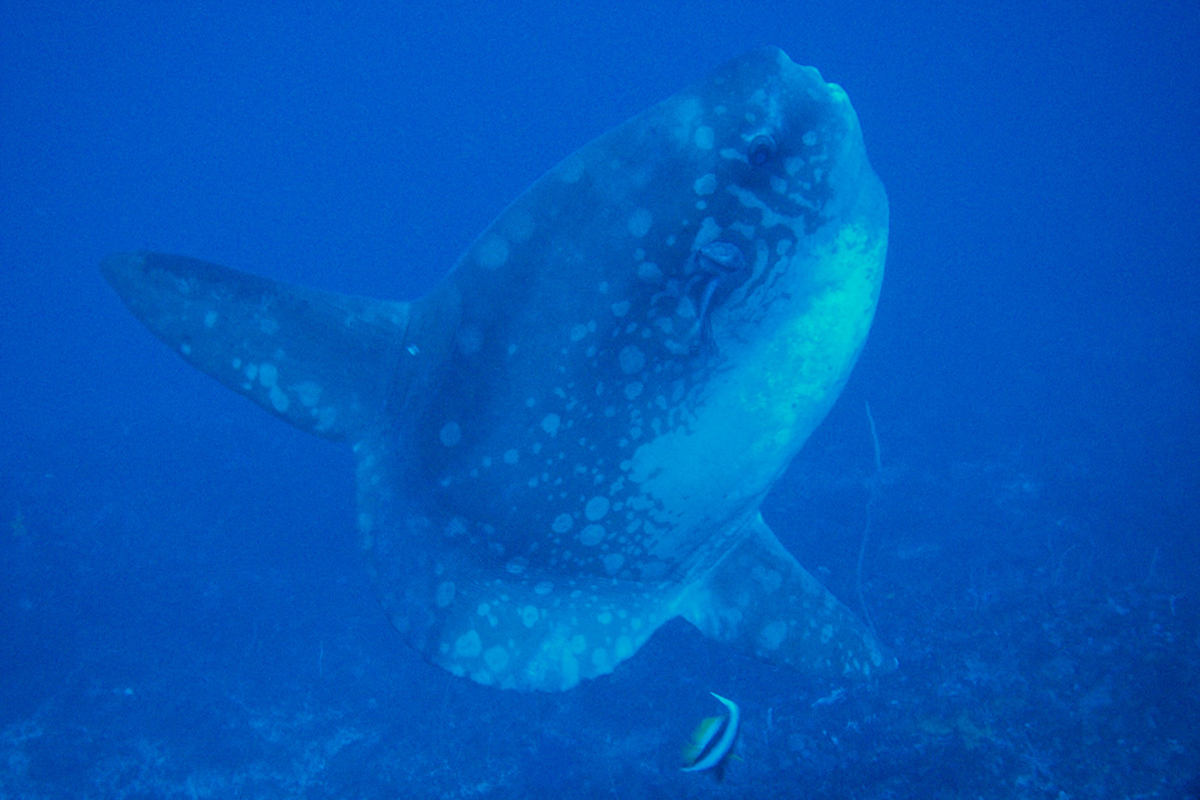 Another theory is that they have to clean their bodies of parasites by allowing sea birds to clean them. Generally, cleaner fish do this job but as they can carry up to 40 different parasites at a time, they sometimes need a little extra help.

7. They don’t have scales or a tail

Mola-mola don’t have scales but are instead covered in a thick, elastic skin. This skin can be over 7.5 cm thick and is covered in a gelatinous mucosa that protects it.

As for their lack of tail, they instead have a ‘clavus’ or a kind of pseudo-tail, which is fan-shaped. Because they don’t have a tail for propulsion, they use their long dorsal and ventral fins. You may think this makes them extremely slow, but somehow this adaptation allows them to move very quickly and even jump up to 3m out of the water!

8. They are pretty spineless 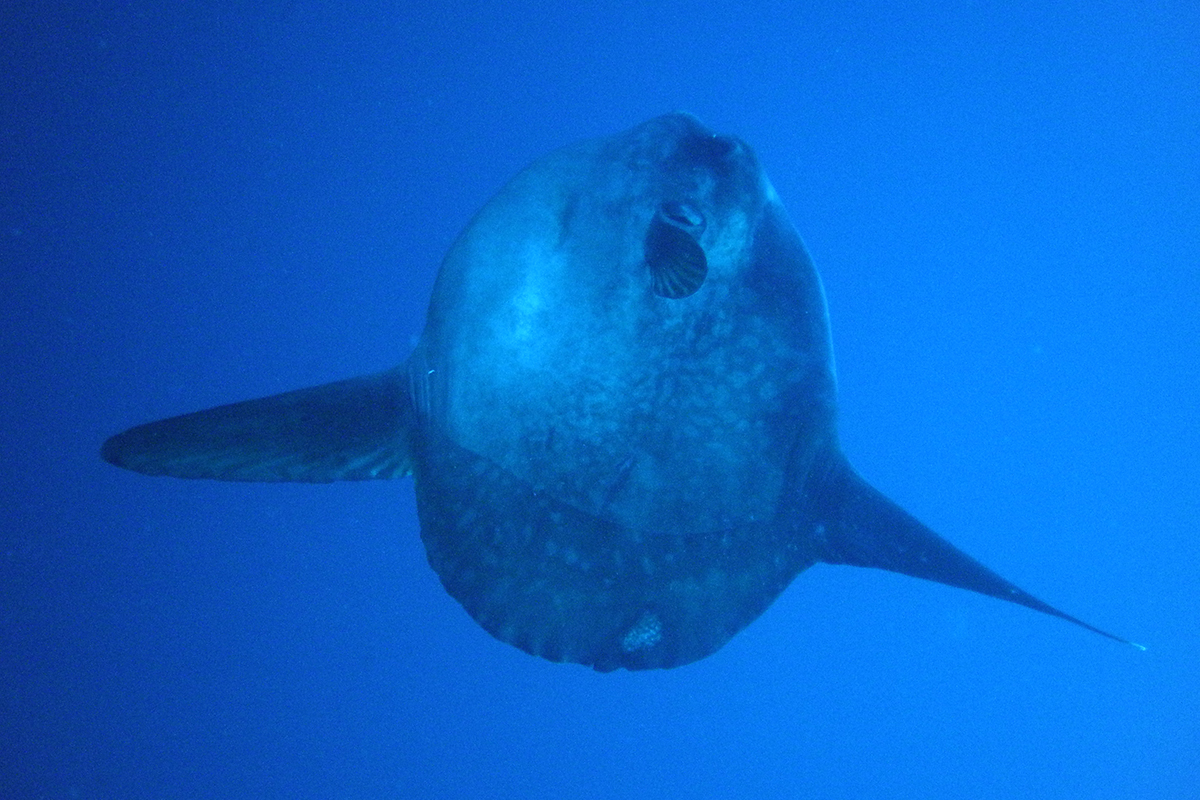 Actually, they aren’t spineless, they just have only 16 vertebrae, less than half that of a human and the fewest of any fish. Their skeleton is in fact much simpler than most and is mainly cartilage. It doesn’t even have any ribs at all.

The ocean sunfish has a very tiny brain. Even the largest individuals weighing in at 200 kilograms can have a brain that weighs less than 5 grams. It’s brain is smaller than even its kidneys, which are located just behind the brain. 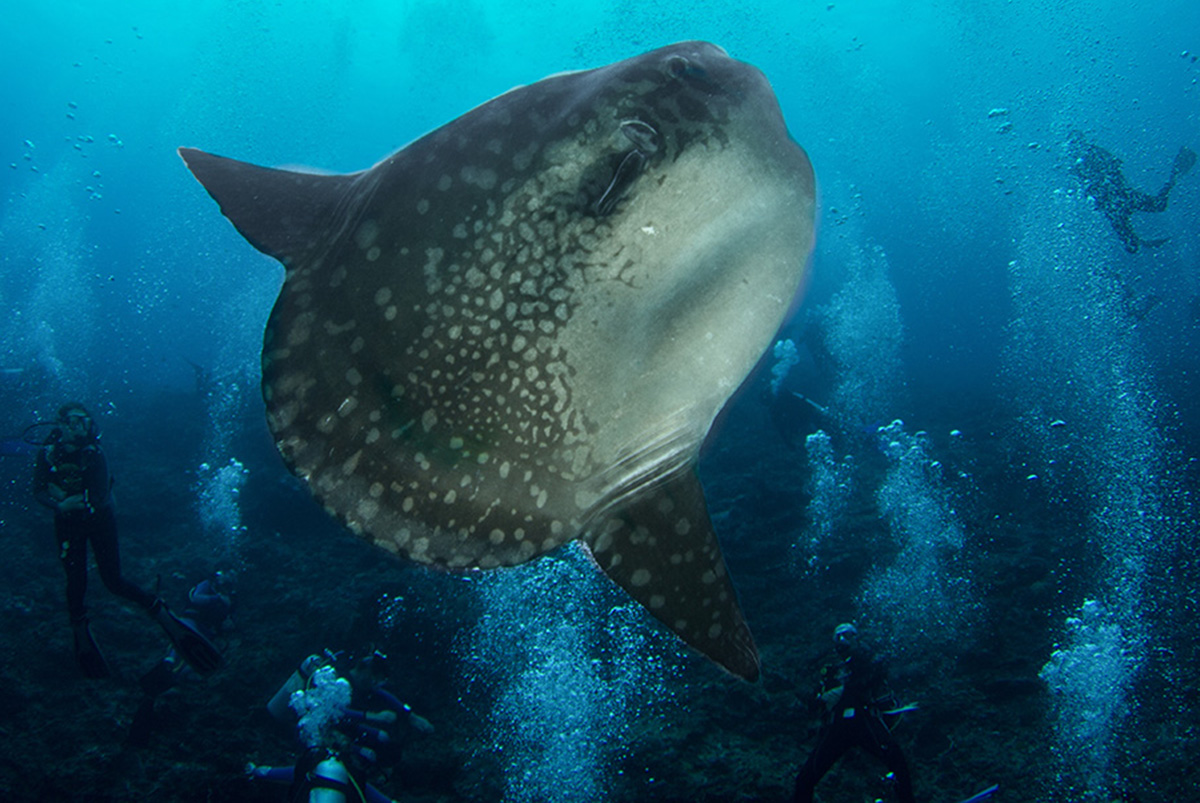 Most bony fish have a swim bladder that keeps them afloat. However, mola-mola don’t have this organ. So how do they float? Their lighter cartilage and layer of subcutaneous jelly allows them to be naturally buoyant. They also do a sort of hovering like a marine hummingbird by moving their fins side to side constantly.